Letter to the Editor: “At memorial sites, bookstores are essential, not ‘insensitive,’” May 2014

“A piss-poor guide to the bathrooms of downtown CoMo,” April 2017 (The research process for this piece was a little…crappy)

MOVE Gift Guide: Passive-aggressive gifts for all your ‘friends,’” December 2015 (A guide to finding the best gifts for the worst people) 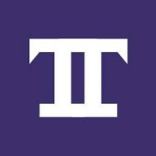 “On the Virtues of Amba: It’s the most important Israeli condiment you’ve never heard of. And it’s made from mangos,” August 2015 (longform food feature)

I was a co-host of a weekly campus news podcast, “The Mizzou View.” Each week, I helped write the episode, delivered headlines, and conducted an interview to dive deeper into a news story from the week. Listen to our episodes here.